[#MeAgain] Escaping the Diagnosis Merry-Go-Round: How Jennifer Casstevens Got on the Right Path to Lyme Recovery

“I know the exact date it happened,” says Jennifer Casstevens, a mother of two and group travel agent in Oak Island, North Carolina. “It was October 12th, 2016. I woke up that day, and I thought I had the flu again.”

During the year prior, Jennifer had experienced a couple of episodes where she thought she had the flu, but after four of five days of just feeling bad, she recovered. “This time, it didn’t get better; the symptoms started piling on each other.”

The days leading up to Jennifer’s epic flu-like symptoms were nothing noteworthy. In fact, the day before, she and her husband had driven a couple of hours to pick up a car, and they returned home later that evening without incidence.

By the following morning, however, Jennifer says, “For whatever reason, I just couldn’t get out of bed. My family started to worry, and they wanted me to go to the doctor. It was scary.” 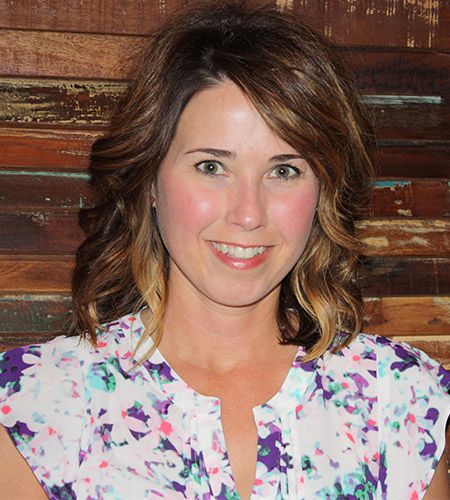 Growing up, Jennifer lived in Virginia and spent a significant amount of time outdoors. She’d always been an avid sports enthusiast, playing softball from the time she was 8 years old through her college years at Virginia Tech and beyond.

“I was always outside; that’s just how it was. We rode bikes around the neighborhood and all that kind of stuff.” Jennifer recalls being bitten by a tick when she was in elementary school and her mother removing it. “I never had anything happen; I never got a rash.” Aside from an occasional sinus infection, she was a healthy kid and rarely got sick.

The first hints that something wasn’t quite right with her health came in her early to mid-20s. She describes those initial symptoms as ringing in her ears, carpal tunnel syndrome (CTS), and temporomandibular joint (TMJ) dysfunction. “They would just come and go. They happened one at a time over spans of time, so I didn’t put them together until I got really sick,” she says.

And so, on that pivotal day in 2016, Jennifer sought help at her local urgent care. There, the doctor diagnosed her with a bladder infection. “I’ve never had one in my life,” she explains. “I don’t know how they came up with it, but I went along with it because I had a little bit of back pain.”

She was put on antibiotics, but they failed to offer her any relief. Instead, her conditioned worsened as she experienced unrelenting fatigue, severe tailbone pain, and extreme numbness on her torso, including her hips and stomach. “There was no feeling there,” she describes. “Just numbness.”

“When the doctor allotted an hour for our first appointment and let me talk and askedme questions, it was like having someone finally look at me as a whole person.”

Next, Jennifer saw a gastroenterologist and a neurologist. She underwent a battery of tests, including a colonoscopy and an MRI. In an all-too-familiar story, her tests came back normal. By the end of 2016, Jennifer had maxed out her health insurance benefits with no clue as to what was wrong with her.

In January 2017, Jennifer decided to pay her primary care physician (PCP) a visit and request an ELISA test to check for Lyme disease. She had an aunt who had dealt with chronic Lyme disease, and since her doctors kept coming up empty-handed with helpful diagnoses or solutions, Jennifer wondered if perhaps that’s what was causing her to feel so unwell. She recounts the resistance she encountered when broaching the subject of a tick-borne disease as a possible cause of her symptoms.

“The doctor basically told me that I didn’t look like a Lyme patient and said, ‘But we can just test for it if you want to,’” Jennifer says. “Of course, the results were negative, and it was kind of like an ‘I told you so’ reply to the test. So I wrote Lyme off.”

Jennifer’s next stop was with a spine specialist due to her persistent tailbone pain, and her husband accompanied her to the appointment. After the spine specialist had reviewed her files, he told her, “You probably have something that they don’t teach us about in medical school. If it were my wife, I would look for tertiary care.”

In other words, she and her husband needed to seek answers at one of the country’s highly specialized medical institutions. They soldiered on, and Jennifer made an appointment for the following month at a well-known, out-of-state clinic. There, she received a diagnosis of fibromyalgia, a recommendation to attend the clinic’s chronic pain program, and suggestions for two medications. 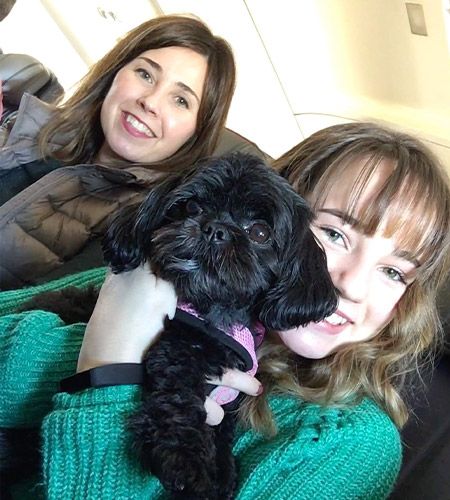 Jennifer returned to North Carolina and took the medications for fibromyalgia regularly, but they weren’t providing her with any relief. So, after 45 days, she stopped taking them and pursued yet another avenue — a urogynecologist.

He diagnosed her with pelvic floor dysfunction, and for a short time, Jennifer thought she might be on the right track. But her hope was short-lived. “I paid an obscene amount of money for treatment, and I still didn’t feel better,” she says.

Fortunately, a breakthrough was just around the corner. In August 2017, Jennifer received a recommendation from a family member for an integrative health practice in Winston-Salem, North Carolina. This appointment was unusual compared to all others, because the doctor allotted an hour time slot for her first appointment.

“He let me talk for an hour; he asked me questions,” Jennifer recalls. “That was probably the most I’d talked to anybody. Most of the time, I was in and out in 15 minutes with every doctor that I saw, and I probably saw 18 doctors before I saw him!”

Finally, Jennifer had some answers: The doctor diagnosed her with neurological Lyme disease, Bartonella, Mycoplasma, a thyroid problem, MTHFR mutation, reactivated Epstein-Barr virus, and an estrogen imbalance. Since typical Lyme tests like the ELISA and the standard western blot are notoriously unreliable for cases of Lyme disease that aren’t caught in the acute stage, her doctor used Lyme testing from DNA Connexions to confirm his diagnosis.

“That was shocking: I had pretty much dismissed Lyme because of the ELISA test and the comment my PCP had made,” says Jennifer. “It was like having someone finally look at me as a whole person.

The doctor suggested she begin a 75-day course of antibiotics. Once the antibiotic therapy was finished, she switched to experimenting with herbal protocols.

“Basically, I was self-dosing on the herbal protocol,” says Jennifer. “I spent most of 2018 trying to find the right combinations, because some herbs would make me nauseous, so I would stop taking them. I knew that wasn’t the best path. I never could get that combination right.”

To help ease her symptoms, Jennifer began acupuncture, which she found extremely helpful. She also explored neuromuscular massage therapy, a type of soft tissue manipulation that works on the muscular and nervous systems, which was key to improving her long-standing tailbone pain.

In December 2018, Jennifer returned to her doctor for a follow-up appointment, but blood tests were still showing markers for Lyme. At that point, her doctor suggested she try Dr. Bill Rawls’ herbal protocol. When Jennifer looked into it, she was shocked by how simple the plan was.

“Remember that once you come out on the other side, you’re going to feel better. You think it’s a setback, but actually, it’s a breakthrough.”“I told my husband, ‘I think it’s herbs for dummies, because it looks easy,’ recalls Jennifer. “It’s all there in four bottles, and this is what I take, and it didn’t make me nauseous. I was like, I can handle this!” Dr. Rawls’ combination of herbs quelled her nausea, allowing her to feel significantly better, and it worked well in combination with the additional herbs and medications she was taking.

In addition to Dr. Rawls’ protocol, Jennifer has found his blog to be a valuable source of information for her. “That’s my go-to now — I just a word in the Search box, and an article will pop up that gives me my explanation,” she says.

For example, in June of this year, Jennifer was having a couple of horrible weeks. “I thought I was relapsing, and I didn’t know why.” She hopped on the website and landed on an article about the common causes of Lyme flare-ups, which helped her understand that her increasing symptoms were likely due to a flare-up and not a Herxheimer reaction.

Armed with this new information, Jennifer made an appointment with her doctor, where she learned that what she was experiencing was probably the result of a Bartonella flare. They adjusted her treatment to target the Lyme coinfection more aggressively.

While many people would be discouraged by a setback, Jennifer realized she could glean some valuable insights from what was going on in her body. She began to view bad days not as setbacks but as progress.

“Your body is trying to do something good,” says Jennifer. “Remember that once you come out on the other side, you’re going to feel better. You think it’s a setback, but actually, it’s a breakthrough.” 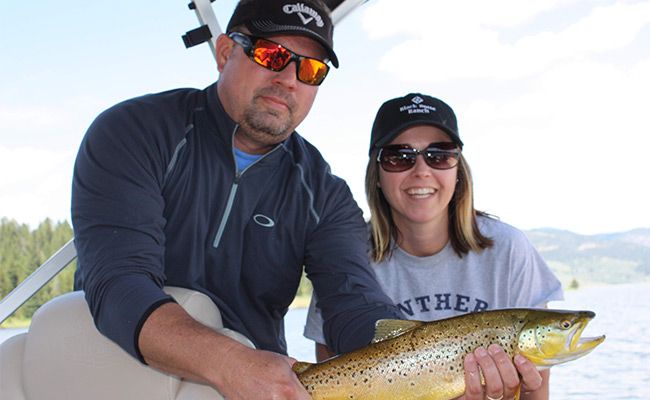 These days, Jennifer estimates that she’s about 60% healed. She credits Dr. Rawls’ herbal protocol for her increased energy, reduction in brain fog, and better concentration, problems that had troubled her for at least two years. She also adopted Dr. Rawls’ gut-restoring diet, cut out gluten, dairy, and refined carbohydrates, removed foods she was allergic to, and dove into the pages of his book, Unlocking Lyme.

In September, Jennifer played nine holes of golf with her husband, an activity which she hadn’t been able to do in three years. “I’ve golfed a couple of times since then, too. That was probably my number one goal, activity-wise,” says Jennifer. “It’s one of those things that makes me feel like this is me. I’ve finally gotten to that point.”

What’s her advice to other people who are seeking relief from Lyme disease and Lyme coinfections? “Be patient: Know that it’s not going to happen overnight,” says Jennifer. “I’ve made a lot of progress, and I feel like I can do a lot more now than I have in the past three years. I’m definitely on the right path now.”

Welcome to the #MeAgain Story Series. Our aim is to share stories from people who have recovered, or are recovering, from chronic disease in order to give you hope that healing is within your reach. This series will highlight their struggles and triumphs to inspire you to take action and reclaim your life. Enjoy!

I didn’t post this article to push Dr. Rawl’s herbal treatment – although both my husband and I tried it and relapsed on it.  I post it to show people respond differently to treatments and it’s important to keep an open mind and to never give up.  This story once again highlights the need to be as persistent as the organism itself as mainstream medicine is in a complete coma regarding tick-borne illness and is not to be trusted with your health.

All you will do is waste valuable time and money to be disbelieved and sent home with an anti-depressant.

If you or a loved one suspect tick-borne illness, get to an ILADS-trained professional, asap.   The best place to find reputable practitioners is by contacting your local support groups. These people have a lot of experience and can help you.  You can find a link by scrolling down the website to “find a Lyme support group.”  You can also contact ILADS directly, also by scrolling down to “ILADS.”

Comments Off on Escaping the Lyme/MSIDS Diagnosis Merry-Go-Round