‘It was a nightmare’: Kemptville mom relives stress of her 5-year-old’s missed diagnosis

The mother of a five-year-old boy from eastern Ontario now recovering from Lyme disease and meningitis says some doctors still aren’t recognizing the symptoms, and is calling for better education about them.

Mandy Green said that last week, an emergency room doctor and a family doctor mistook her son Chase’s condition for the flu or an allergy and sent him back to their home in Kemptville, south of Ottawa.

Days later, Chase ended up in a hospital bed at the area’s children’s hospital, hooked up to heart monitors and an IV to pump antibiotics through his system.

A spinal tap and blood tests at CHEO had revealed Chase was suffering from early disseminated Lyme disease with meningitis, an inflammation of the lining of the brain.

“It was a nightmare, it was awful,” said Green, “and it could have been prevented.”

On July 20, Green noticed a small red spot on Chase’s face that got bigger and turned a brighter red by the evening. When her son woke up the next day, there was a perfect red circle on his shoulder.

“My first thought was it’s a bull’s-eye, it’s Lyme disease,” said Green, who had no recollection of her son being bitten by a tick. A bull’s-eye rash surrounding a tick bite is one of the early symptoms of Lyme disease.

The family drove to the emergency department at Kemptville District Hospital, where they waited for several hours as four more circles appeared on Chase’s wrist, stomach and back.

By then, Green assumed Chase was having an allergic reaction, because nothing she’d ever seen or read about Lyme disease said anything about multiple bull’s-eye rashes. 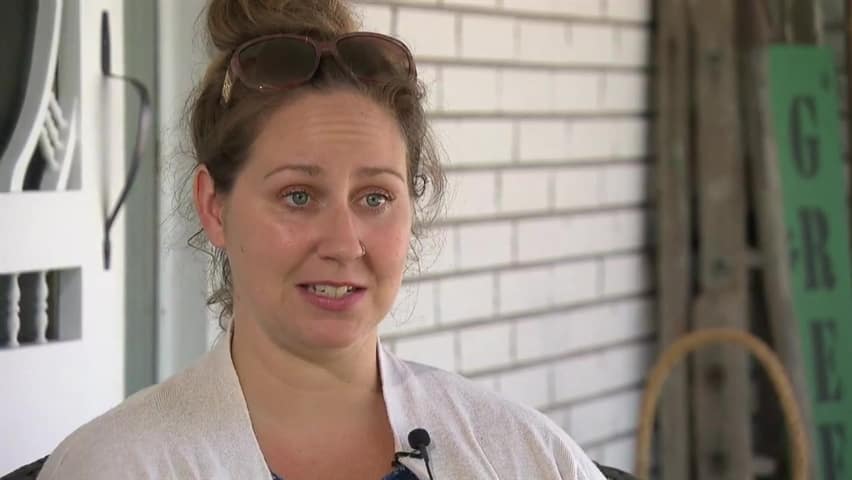 CBC News
‘It’s the saddest thing I’ve ever experienced’
Mandy Green’s five-year-old son was diagnosed with early disseminated Lyme disease and meningitis after doctors initially mistook his condition for the flu or an allergy. 0:51

The family grew tired of waiting and Chase was becoming impatient, so they decided to return home and administer allergy medication.

But by July 22, Chase was feverish, lethargic and complaining of headaches and a sore neck, so they headed back to the hospital.

After almost five hours they saw a doctor who Green said seemed stumped by the symptoms. The physician ordered blood tests and sent them home with a prescription for antihistamines.

Chase’s condition worsened that night, and a visit to the family doctor the morning of July 23 didn’t come up with any more answers. The doctor encouraged the parents to wait for the blood test results.

By the afternoon of the 23rd, Green knew something was wrong when Chase screamed in pain and laid down on the couch.

“As soon as he laid on the couch and didn’t get up, I knew. This isn’t Chase. This is something wrong.”

The parents took Chase to CHEO, where he was quickly given the proper diagnosis.

“He was in so much pain and couldn’t stop crying. I curled up in his hospital bed with him,” Green said.

Chase received antibiotics intravenously and was sent home with a prescription for oral antibiotics.

But that wasn’t the end of it.

On Saturday, Chase appeared to relapse and was readmitted to CHEO, where he underwent surgery to have a catheter inserted into his chest so he could get more antibiotics intravenously at home, monitored by health-care workers.

Dr. Jason Brophy, a pediatric infectious disease specialist at CHEO who did not treat Chase, said he’s seeing an increase in cases of Lyme disease among children in the Ottawa area.

“In the past five years Ottawa has become an endemic area, meaning the ticks in our region carry Lyme disease over 20 per cent of the time,” he said.

A lot of people who contract Lyme can get over it without treatment, but for others it can lead to complications if there’s no medical intervention.

The form of meningitis associated with Lyme disease may occur several weeks after a tick bite, Brophy added.

As for Chase, a full recovery is expected.

His mother said she doesn’t blame the medical system for what happened to her son, but she’s calling for better information about the symptoms of Lyme disease to be distributed to health facilities.

She’s also warning parents to keep an eye out for ticks on their children, so they can avoid her son’s painful experience.

On a widely distributed Facebook post about the ordeal, she wrote: “Check your kids for ticks, check yourself. We never found the tick that caused this, so listen to your gut, get second opinions, advocate for yourself and your children.”

A Reality of Lyme Disease We Need to Talk About