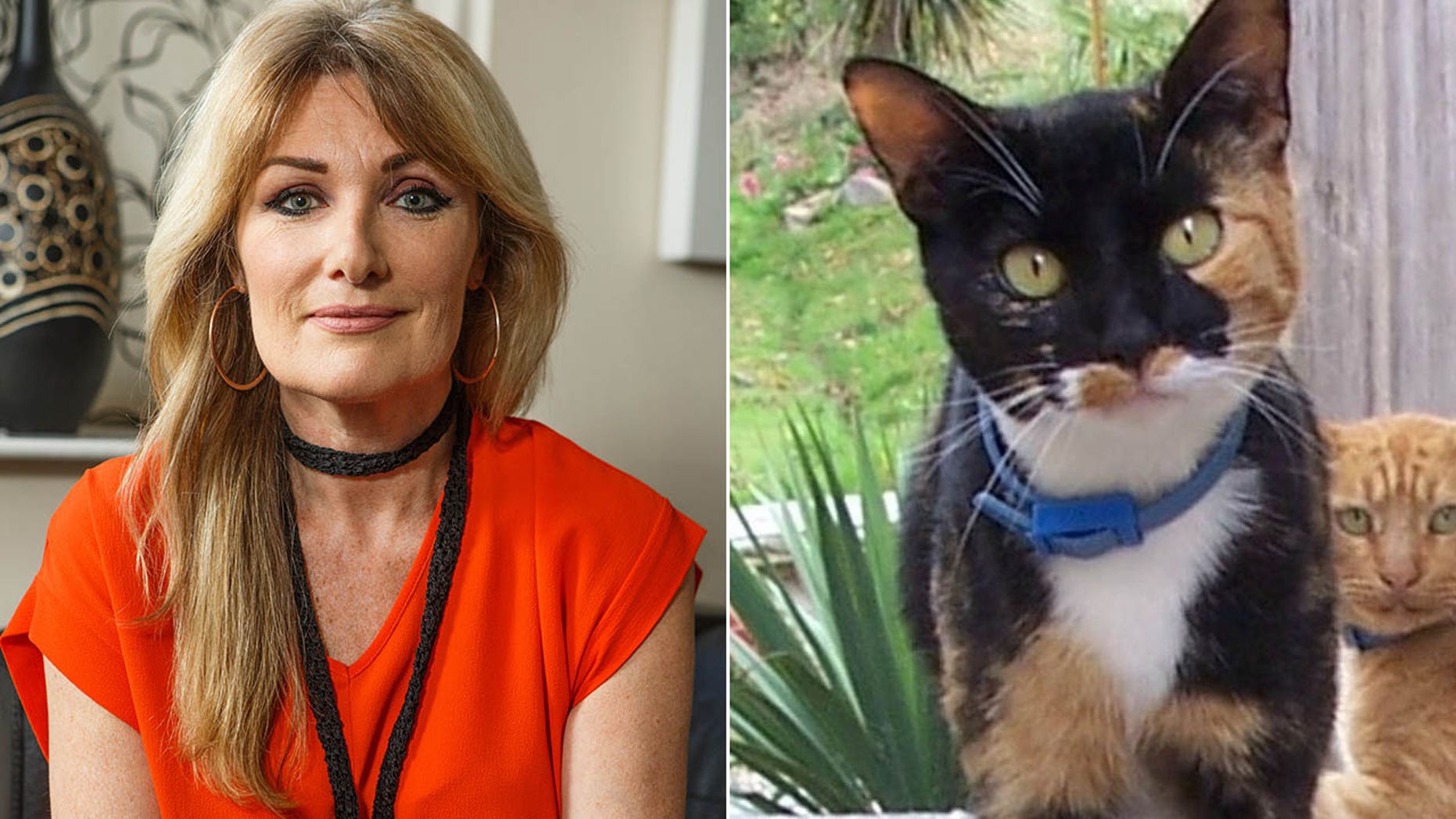 Lisa Vallo, an artist, said she would occasionally find ticks in her pet’s coat, and that the cat often napped on her bed. (SWNS)

A 51-year-old woman who was suffering from symptoms that she says made life intolerable for over a decade has linked her Lyme disease diagnosis three years ago to an incident involving her cat back in 2002. Lisa Vallo, an artist, said she would occasionally find ticks in her pet’s coat, and that the cat often napped on her bed.

But it took Vallo nine doctors, several misdiagnoses and years of dealing with a racing heart, nausea, arthritis and extreme tiredness before she was diagnosed with Lyme, and then finally made the connection back to her cat, SWNS reported.

“I woke up in the morning and noticed a black dot on my tummy,” Vallo, of West Yorkshire, told the news agency about the 2002 incident. “I thought it was some dust or fluff and tried to scratch it off but I couldn’t. I went into the bathroom and managed to pick the dot off with my nail and noticed it had legs and was wriggling.”

Additionally, Vallo said she remembered that her cat had slept on her bed the night before, likely leaving a tick behind. She said she hadn’t even known what Lyme disease was at the time, and didn’t know what to look for but now that she has a diagnosis, she’s angry about the years she lost while dealing with symptoms.

Lyme disease is transmitted to humans through the bite of an infected tick. According to the Centers for Disease Control and Prevention (CDC), symptoms may include fever, headache, fatigue, rash, and can spread to the joints, heart and nervous system without treatment. Lab testing can help confirm a diagnosis, but cases are often diagnosed based on physical findings and symptoms.

“The test was inadequate,” she said, of the misdiagnoses. “There isn’t enough expertise or publicity about Lyme disease and that’s why I’m speaking about it. Thousands and thousands of people suffer from the disease and don’t know about it, just like I don’t.”

Vallo said she is now on her own holistic treatment plan including 20 different supplements and has cut carbs from her diet.

Please, DO NOT LET YOUR PET ON FURNITURE OR IN YOUR BED!

There are potentially numerous transmitters of Lyme, not just the black-legged tick:  https://madisonarealymesupportgroup.com/2016/02/13/lyme-disease-treatment/  It’s highly probably a STD, spread congenitally, and by ticks as well as other blood-sucking bugs. Willy Burgdorfer, the discoverer of Borrelia burgdorferi, became infected when infected rabbit urine got into his eye while working in a lab.  https://madisonarealymesupportgroup.com/2017/02/24/pcos-lyme-my-story/

This woman should consider Bartonella, a common pathogen in cats.

I hope the best for her but it’s gonna take more than supplements and cutting carbs to get on top of this monster.