Methylation – What You Need to Know

Methylation: What You Need to Know

If you haven’t yet heard the term methylation, there’s a good chance you’ll soon start hearing it a lot more. Many people are beginning to clue into the importance of this biochemical process, which is a key component of overall wellness, and yet myths and misconceptions are more common than facts. Understanding methylation, and knowing how to optimize it, can give you an edge on staying healthy as you age.
So what is methylation? In biochemical terms, methylation is when a “methyl group” consisting of three hydrogen atoms and one carbon atom are linked to another molecule. Attaching a methyl group to an organic molecule (a chemical compound that contains carbon) makes it less reactive.
In more laymen terms, methylation is a process of making molecules more stable, which is important for a wide range of metabolic functions in the body. For starters, it balances hormone and neurotransmitter activity, and regulates protein synthesis and cellular energy. It processes DNA/RNA, the molecules that are responsible for storing and reading our genetic information, and repairs DNA. And it optimizes the functions of T-cells, white blood cells that play a key role in immune response.
Methylation also helps neutralize toxic substances: When methyl groups attach to organic toxins such as heavy metals, it reduces their toxicity and allows for easier removal from the body. When you consider that the modern world is loaded with higher concentrations of artificial toxins than ever before in history, maintaining optimal methylation is increasingly vital.
One of the most important roles of methylation is regulating the expression of genes. At any given time, you are using only about 1% of your genetic material; the rest of it is in “off” mode. But there are certain factors notorious for turning on “bad” genes that are associated with chronic illness, many of which are unique to the modern world. These include eating a poor diet high in processed food products, exposure to environmental toxicants, dealing with chronic stress, and having a sedentary lifestyle.
This is where methylation comes in — the way the body turns off “bad” genes is by attaching methyl groups to genetic material. Of course, if you don’t change your diet and lifestyle, the bad genes will turn on and/or stay on. Keep stressing your genes, and all the methyl groups in the world aren’t going to help you stay well.

The role of poor methylation in chronic illness 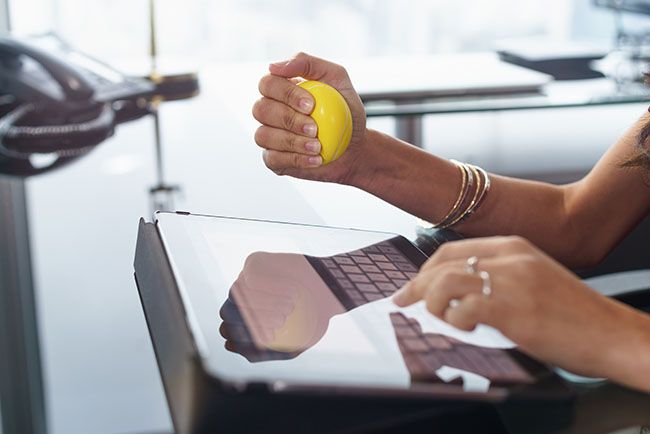 This is a huge misconception: People with symptoms of chronic illness — typical ones being fatigue, neurological symptoms, mood disorders like anxiety, and insomnia, to name a few — are being told that poor methylation is the cause of their illness. But in fact, it’s those same stressors that activate bad genes that increase susceptibility to illness; poor methylation just compounds the problem.

The Western diet is the biggest culprit. The body relies on a steady stream of methyl donors from certain foods to support the metabolic functions that are dependent on methylation. (Methyl donors are any substance that can transfer a methyl group — three hydrogen atoms and one carbon atom — to another substance.) It can use a variety of methyl donors, but the four most important components are methionine (an amino acid) and the B vitamins: methylfolate (B-9), B-12, and B-6.

Unfortunately, modern grain- and meat-based diets are very poor sources of methylfolate and other B vitamins. Food companies often try to compensate for the loss of natural folate by adding folic acid to their products, but it’s not an adequate substitute. What’s more, people who over-consume processed foods tend to develop gastrointestinal problems and lose the ability to produce a substance called intrinsic factor, which is essential for absorption of vitamin B-12.

Having MTHFR mutations, however, may be less of a factor in chronic illness than some experts suggest. The evidence linking concerns such as myalgic encephalomyelitis/chronic fatigue syndrome, fibromyalgia, and Parkinson’s disease to the presence of a mutated 5-MTHF reductase gene is mild at best. Scientific investigations have shown only a very slight increased incidence of chronic illnesses in affected individuals.

That’s because this genetic pathway is only one of a variety methylation pathways. The human body would never rely on a single option for a function like methylation which is so essential for life. In addition, for most of history, humans consumed large amounts of plant matter that provided all the components necessary for methylation (methionine, B-9, B-12, and B-6). It’s only in recent history, as our diet has become more plant- and nutrient-deficient, that this particular genetic methylation pathway has become “essential.”

How to know when it’s time to test

People often ask which symptoms indicate they should get tested for poor methylation, but there are no pure telltale signs. My answer is, if you have classic symptoms of chronic illness such as fibromyalgia or ME/CFS, and you eat a lot of processed foods and very few vegetables, it’s pretty safe to assume have poor methylation.

The biggest reason to have the test is to determine whether you have a double mutation, in which case supplementation with natural folates may be valuable. Determining whether you have a MTHFR mutation requires a simple blood test that costs about $150.

Maintaining proper levels of methylation is important for health, but it must be part of a more comprehensive strategy. Again, nothing can balance the damage that comes from eating a nutrient-poor diet, living in a toxic environment, allowing stress to get the best of you, and sitting all day. Follow the simple steps below to help ensure optimal methylation, and whether or not you carry a MTHFR mutation will become a non-issue:

Focus especially on dark green leafy vegetables such as spinach and kale, as well as asparagus, broccoli, cauliflower, and peas and beans (preferably sprouted). A healthy, plant-based diet containing these foods is the number one way to ensure you take in plenty of methylfolate, one of the primary methyl donors.

2. Get plenty of B vitamins. 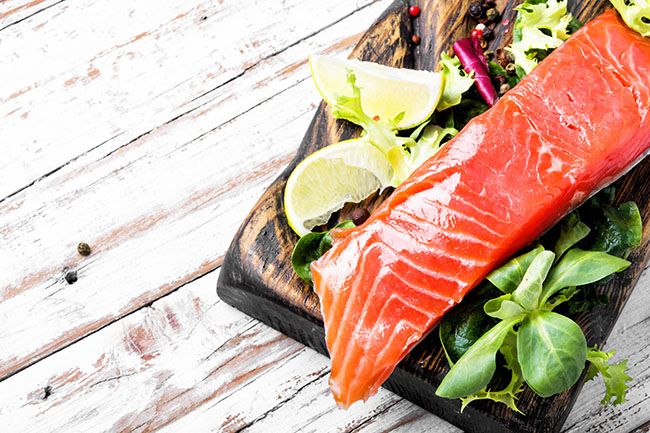 Folate is a B vitamin, but vitamins B6 and B12 can be important methyl donors, too. You’ll find them in salmon, eggs, nuts and seeds, plus bananas, avocados, and soy. 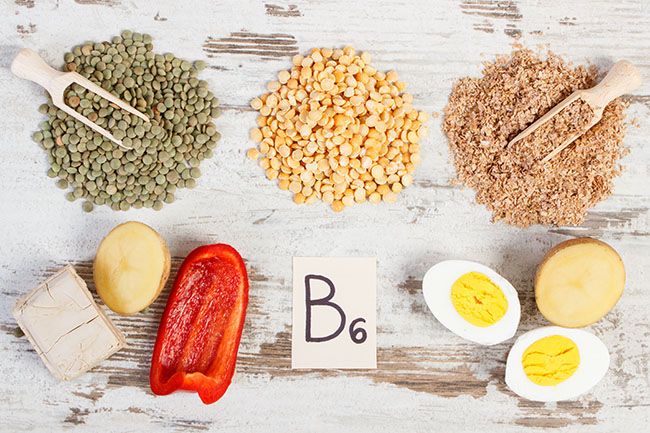 If you take daily vitamin and mineral supplements to support your health, check ingredient lists to be sure they contain bioactive forms of the B vitamin methyl donors, which means they’re in a form your body can actually use. Here’s what they’ll look like on the label:

4. Supplement with glutathione, if needed. 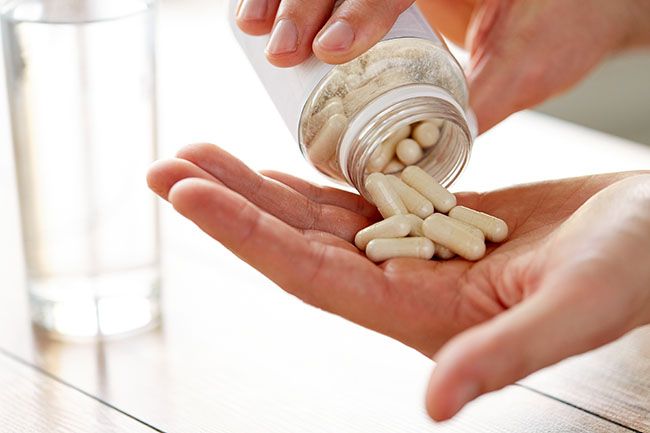 Glutathione is an essential antioxidant and another methyl donor, and it’s important for a myriad of processes in the body. Supplementing isn’t as necessary for young, healthy people, but chronic illness and aging put extra pressure on the body, so extra glutathione can be beneficial. Taking SAMe is another way to support the methylation process, but again, it’s unnecessary for young, healthy people, or if you’re getting adequate bioavailable B vitamins. 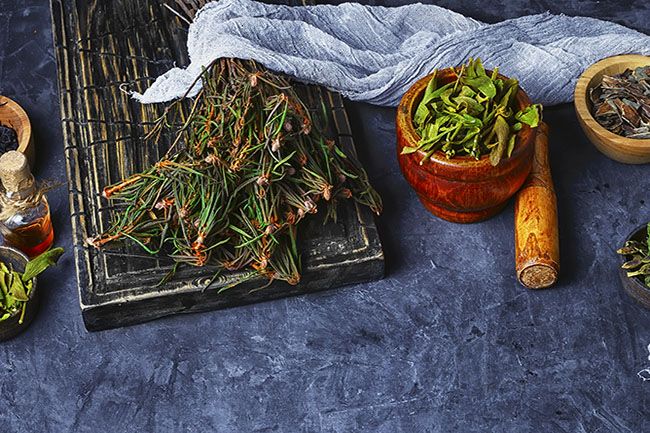 Opt for herbs that support your immune system, microbiome and other functions such as andrographis, Japanese knotweed, milk thistle and sarsaparilla. “Any of the restorative herbs will help counteract a wide spectrum of stress factors in the body, and therefore help take pressure off of detoxification and healing systems,” Dr. Rawls says. “Cordyceps and reishi are also good examples, because they support immune system functions.”

6. Stay active, manage stress, and cut back on alcohol. 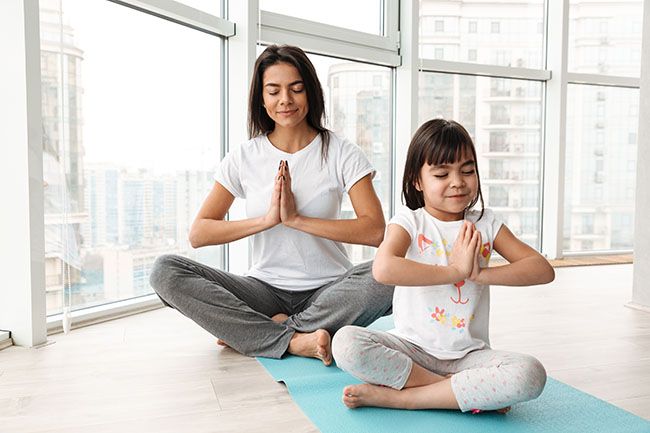 It’s common sense that living a healthy lifestyle helps keep everything in your body running smoothly. But research has started connecting the dots between lifestyle factors such as sedentary behavior, stress, and toxins such as alcohol with changes in DNA methylation.

Proper methylation impacts so many health systems of the body, and the simple steps outlined above can help support and enhance the process — MTHFR gene mutation or not. Enjoy your favorite produce, take steps to stay active and keep stress in check, and supplement with the right nutrients and herbs, and you’ll be paving a path toward a long, healthy, vibrant life.

Comments Off on Methylation – What You Need to Know

The 3 PANS Myths That Are Ruining Lives