The Importance of Vitamin D, K, and Magnesium for Lyme/MSIDS Patients

Magnesium, the fourth most abundant mineral in your body, is a component necessary for the activation of vitamin D, and without sufficient amounts of it, your body cannot properly utilize the vitamin D you’re taking.1,2,3,4

This may actually help explain why many need rather high doses of vitamin D to optimize their levels — it could be that they simply have insufficient amounts of magnesium in their system to activate the vitamin D. As noted by co-author Mohammed Razzaque, professor of pathology at Lake Erie College of Osteopathic Medicine in Pennsylvania:5

Without Additional Magnesium, Vitamin D Supplementation May Be Ineffective

According to this scientific review,6 as many as 50 percent of Americans taking vitamin D supplements may not get significant benefit, as the vitamin D simply gets stored in its inactive form. As reported in the press release by the American Osteopathic Association:7

Deficiency in either of these nutrients is reported to be associated with various disorders, including skeletal deformities, cardiovascular diseases, and metabolic syndrome. While the recommended daily allowance for magnesium is 420 mg for males and 320 mg for females, the standard diet in the United States contains only about 50 percent of that amount. As much as half of the total population is estimated to be consuming a magnesium-deficient diet.”

Indeed, previous research has indicated that higher magnesium intake helps reduce your risk of vitamin D deficiency — likely by activating more of it. As noted in one 2013 study:8

“Magnesium plays an essential role in the synthesis and metabolism of vitamin D and magnesium supplementation substantially reversed the resistance to vitamin D treatment in patients with magnesium-dependent vitamin-D-resistant rickets … High intake of total, dietary or supplemental magnesium was independently associated with significantly reduced risks of vitamin D deficiency and insufficiency respectively.

Vitamin D, a steroid hormone, is vital for the prevention of many diseases, including but not limited to Type 2 diabetes, age-related macular degeneration (the leading cause of blindness), Alzheimer’s disease, heart disease and well over a dozen different types of cancer (including skin cancer). Vitamin D also exhibits its infection-fighting abilities in the treatment of tuberculosis, pneumonia, colds and flu.

Studies have also linked higher vitamin D levels with lowered mortality from all causes.9,10,11 Most recently, a Norwegian study12 published in the Journal of Clinical Endocrinology and Metabolism found “a normal intake of vitamin D” significantly reduces your risk of death if you have cardiovascular disease.13

About 4,000 patients diagnosed with stable angina pectoris (chest pain caused by coronary heart disease) were followed for 12 years. The average age at the outset of the study was 62. Overall, those with vitamin D blood levels between 16.8 and 40 ng/mL (42 to 100 nmol/L) had the lowest mortality risk.

Interestingly, these findings are actually at odds with mounting research showing 40 ng/mL is at the low end of optimal. The new target is 60 to 80 ng/mL, but even a level upward of 100 ng/mL appears safe and beneficial for certain conditions, especially cancer. For example:

Other recent research18 has also highlighted the importance of vitamin D for the prevention and treatment of heart disease, showing it plays a vital role in protecting and repairing damage to your endothelium. The findings also suggest vitamin D3:

Vitamin D levels below 20 ng/mL have repeatedly been shown to raise your risk for a number of other problems as well, including depression19 and Type 2 diabetes. Research suggests 20 ng/mL is not even adequate for the prevention of osteomalacia (softening of your bones).

In the case of depression, having a vitamin D level below 20 ng/mL will raise your risk by as much as 85 percent, compared to having a level above 30 ng/mL,20 and evidence suggests vitamin D deficiency may be a significant driver of the rise we see in both mood and mental disorders such as psychotic21 and obsessive compulsive22disorders.

All in all, there’s very little reason to believe that a level as low as 16 ng/mL would be protective against death if you have heart disease.

The best way to optimize your vitamin D level is through sensible sun exposure. Unfortunately, this can be difficult for many, especially during the winter season and/or if you live in northern regions. If you cannot obtain sufficient amounts of vitamin D through sun exposure, taking a supplement is recommended. Remember that the only way to determine how much sun exposure is enough and/or how much vitamin D3 you need to take is to measure your vitamin D level, ideally twice a year.

The D*Action Project by GrassrootsHealth is a cost-effective way to do this, while simultaneously progressing valuable research. To participate, simply purchase the D*Action Measurement Kit and follow the registration instructions included. To assess your magnesium level, check your RBC magnesium level and track signs and symptoms of magnesium insufficiency to determine how much magnesium you need. Low potassium and calcium are also common laboratory signs indicating magnesium deficiency.

The Interplay of Vitamin D, Calcium, Magnesium and Vitamin K2

When supplementing, also remember to take synergistic effects with other nutrients into account. If you take high-dose vitamin D, you may also need to increase your intake of:

These four nutrients — vitamins D and K2, calcium and magnesium — all work in tandem, and rely on sufficient amounts of each to work optimally.Lack of balance between these four nutrients is why calcium supplements have become associated with increased risk of heart attack and stroke, and why some experience symptoms of vitamin D toxicity. Here’s a summary of some of the most important correlations between these nutrients:

•Excessive vitamin D in combination with lack of vitamin K2 may cause overabsorption of calcium, which in turn may result in calcium deposits in your heart and kidneys. Part of the explanation for these adverse side effects is that vitamin K2 keeps calcium in its appropriate place — in your teeth and bones and out of soft tissues and arteries.

While the optimal ratios between vitamin D and vitamin K2 have yet to be established, taking somewhere between 100 to 200 micrograms (mcg) of K2 is beneficial. Telltale signs of vitamin K2 insufficiency include osteoporosis, heart disease and diabetes. You’re also more likely to be deficient if you rarely eat vitamin K2-rich foods (see listing below).

•Vascular calcification is also a side effect of low magnesium, so when taking vitamin D3, you need both vitamin K2 and magnesium to make sure everything is working properly.

•Maintaining an appropriate calcium-to-magnesium ratio is also important, as magnesium helps keep calcium in your cells so they can function better. Historically, mankind ate a diet with a calcium-magnesium ratio of 1-to-1,43 which is likely close to ideal.

•Magnesium and vitamin K2 also complement each other, as magnesium helps lower blood pressure, which is an important component of heart disease.

Eat a Varied Diet and Get Sensible Sun Exposure

The take-home message is that anytime you’re taking supplemental magnesium, calcium, vitamin D3 or vitamin K2, you must take all the others into consideration as well. While supplements can be helpful in some instances, your best and safest bet is to simply eat more calcium-, magnesium- and vitamin K2-rich foods, along with sensible sun exposure.

Food-derived nutrition is typically going to be the most beneficial, and this is particularly true for calcium. When you take a biologically foreign form of calcium, or when your body’s ability to direct calcium to the right places becomes impaired (as when you are deficient in vitamin K2 and/or magnesium), calcium is deposited where it shouldn’t be, such as in your arteries. It’s more likely your body can use calcium correctly if it’s plant-derived calcium. Here’s a quick summary of foods known to be high in these important nutrients:

The Role of Vitamin D in Disease Prevention

A growing body of evidence shows that vitamin D plays a crucial role in disease prevention and maintaining optimal health. There are about 30,000 genes in your body, and vitamin D affects nearly 3,000 of them, as well as vitamin D receptors located throughout your body. 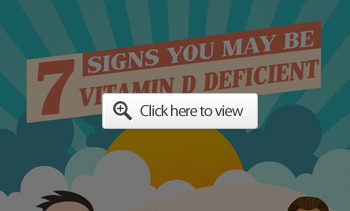 According to one large-scale study, optimal Vitamin D levels can slash your risk of cancer by as much as 60 percent. Keeping your levels optimized can help prevent at least 16 different types of cancer, including pancreatic, lung, ovarian, prostate and skin cancers.

How Vitamin D Performance Testing Can Help Optimize Your Health

GrassrootsHealth shows how you can take action today on known science with a consensus of experts without waiting for institutional lethargy. It has shown how by combining the science of measurement (of vitamin D levels) with the personal choice of taking action and, the value of education about individual measures that one can truly be in charge of their own health.

In order to spread this health movement to more communities, the project needs your involvement. To participate, simply purchase the D*Action Measurement Kit and follow the registration instructions included. (Please note that 100 percent of the proceeds from the kits go to fund the research project. I do not charge a single dime as a distributor of the test kits.)

As a participant, you agree to test your vitamin D levels twice a year during a five-year study, and share your health status to demonstrate the public health impact of this nutrient. There is a $65 fee every six months for your sponsorship of this research project, which includes a test kit to be used at home, and electronic reports on your ongoing progress. You will get a follow up email every six months reminding you “it’s time for your next test and health survey.”

Great article showing how vitamins interact and often depend upon one another, which is why obtaining them naturally through food-choices is always safest; however, as this article points out, vitamin D is obtained by direct sunlight hitting the skin.  We Northerners don’t get enough making supplementation with D almost a necessity.  Please have your levels tested as D is a fat soluble vitamin that can build up in the body and become toxic.

It is my experience that Lyme/MSIDS patients here in Wisconsin are low in Magnesium as well as D and supplementation always helps them.

Interestingly, besides the plethora of things listed above, vitamin D supplementation has been shown to help Autism:  https://www.brainhealth2030.org/single-post/2018/03/10/First-Ever-Randomized-Clinical-Trial-Shows-Vitamin-D-Supplementation-Improves-Autism-Symptoms   The scientists reported significant improvements in autism symptoms and social maturity among the exposed group and no reported gains among the placebo group. Some of the improvements reported among the exposed children included reductions in irritability, hyperactivity, social withdrawal, and inappropriate speech. ATEC scoring among the exposed group was significantly improved notably in the scores relating to sociability, cognitive awareness, and behavior.

Vitamin D has also been found to reduce risk of cancer:  https://medicalxpress.com/news/2018-03-vit-d-cancer.html  “These findings support the hypothesis that vitamin D has protective effects against cancers at many sites,” the authors write.

Comments Off on The Importance of Vitamin D, K, and Magnesium for Lyme/MSIDS Patients